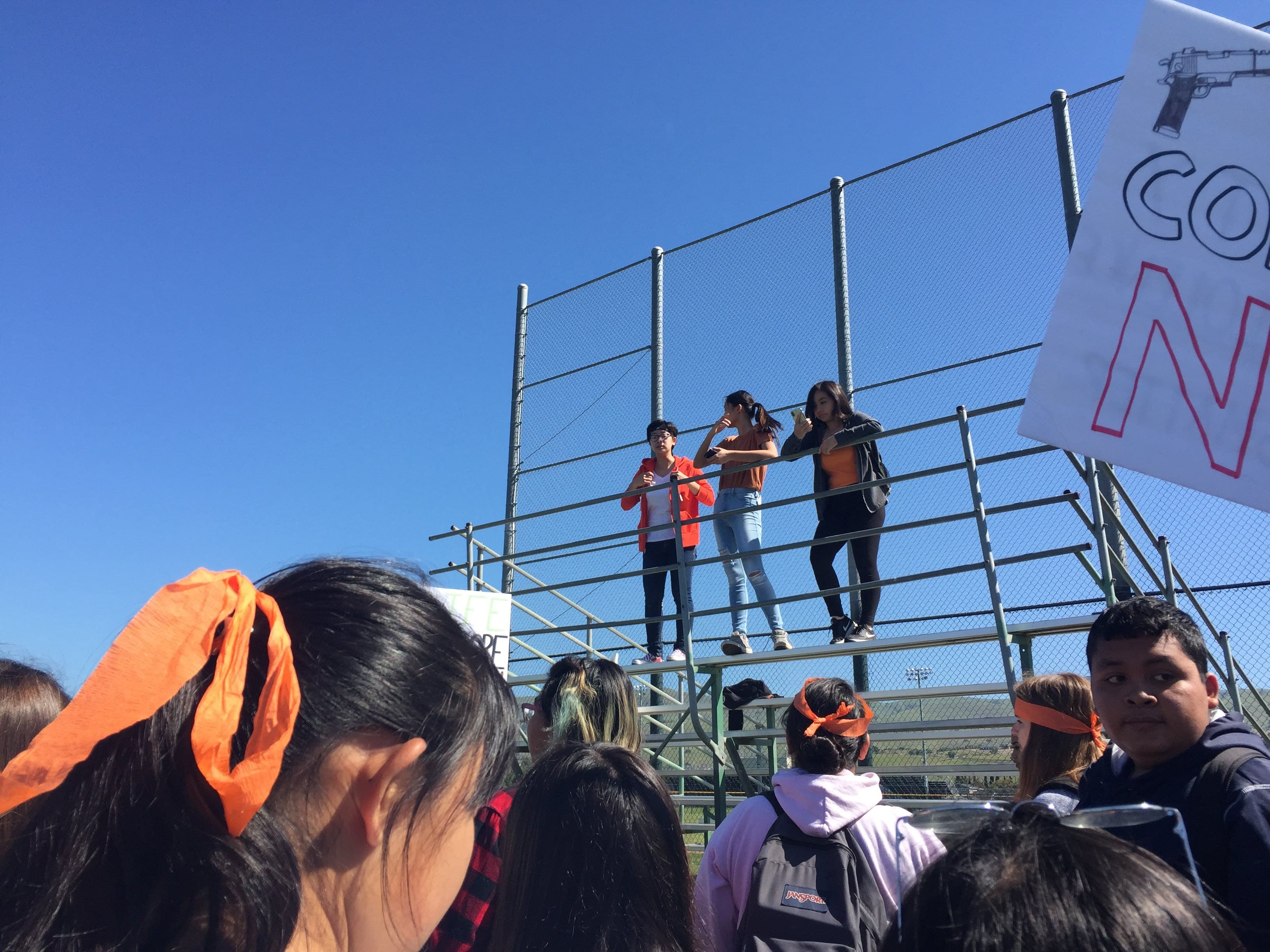 Post-walkout speech delivered on a set of bleachers.

How Did It Work?

After the Stoneman Douglas High School Shooting, my phone buzzed with a text from a close friend. She'd added me to a group chat that consisted of what she considered some of the better leaders at our high school.

We started with asking the school for permission. It sounds counter-intuitive -- why would we ask to walk out of school if the point of walking out is to show defiance? -- but we knew that the administration would have our back.

Two years prior, the upperclassmen led another walkout following the election of Donald Trump. When we opened the classroom doors to leave, we expected the teachers to frown, but stay silent with understanding. Instead, the hallways were lined with teachers and office staff who were ready to walk with us and ensure our safe return. I was interviewed by a news reporter. That was the first time that I ever appeared on TV, so it was a big deal for me.

Even after the school gave their OK, we still had to make sure that everything we did followed the rules. We couldn't advertise the walkout through the school, so we had to let evryone know by word of mouth and by social media. We had a strict schedule and a route that was approved by the principal. I also had to write up a permission slip for minors who didn't want a phone call home.

A few days before the actual walkout, we held a poster work party after school. I'd stayed up the night before to come up with a list slogans and phrases that the others could paint onto their poster. At the same time, I worked with two other walkout leaders to write and practice our closing speech.

At exactly 10:00AM, I led my friends to the entrance of the school. We waited there for about five minutes for others to arrive. In the class we had beforehand, my friend and I stapled a spare poster into the shape of a megaphone. There were no teachers to walk with us this time, so we were on our own. As we walked out the gate, I shouted chants while the friend made sure that we were headed in the right direction and that I wouldn't run into anything from behind. We traded off when our voices got sore.

After a few blocks and several cars honking at us in support, we reached our endpoint and made a U-turn. From there, we walked back to school. We stopped at the bleachers of a nearby baseball field to deliver our speech. We didn't have much time, since we had to be back in class by 10:45, but we made it work.