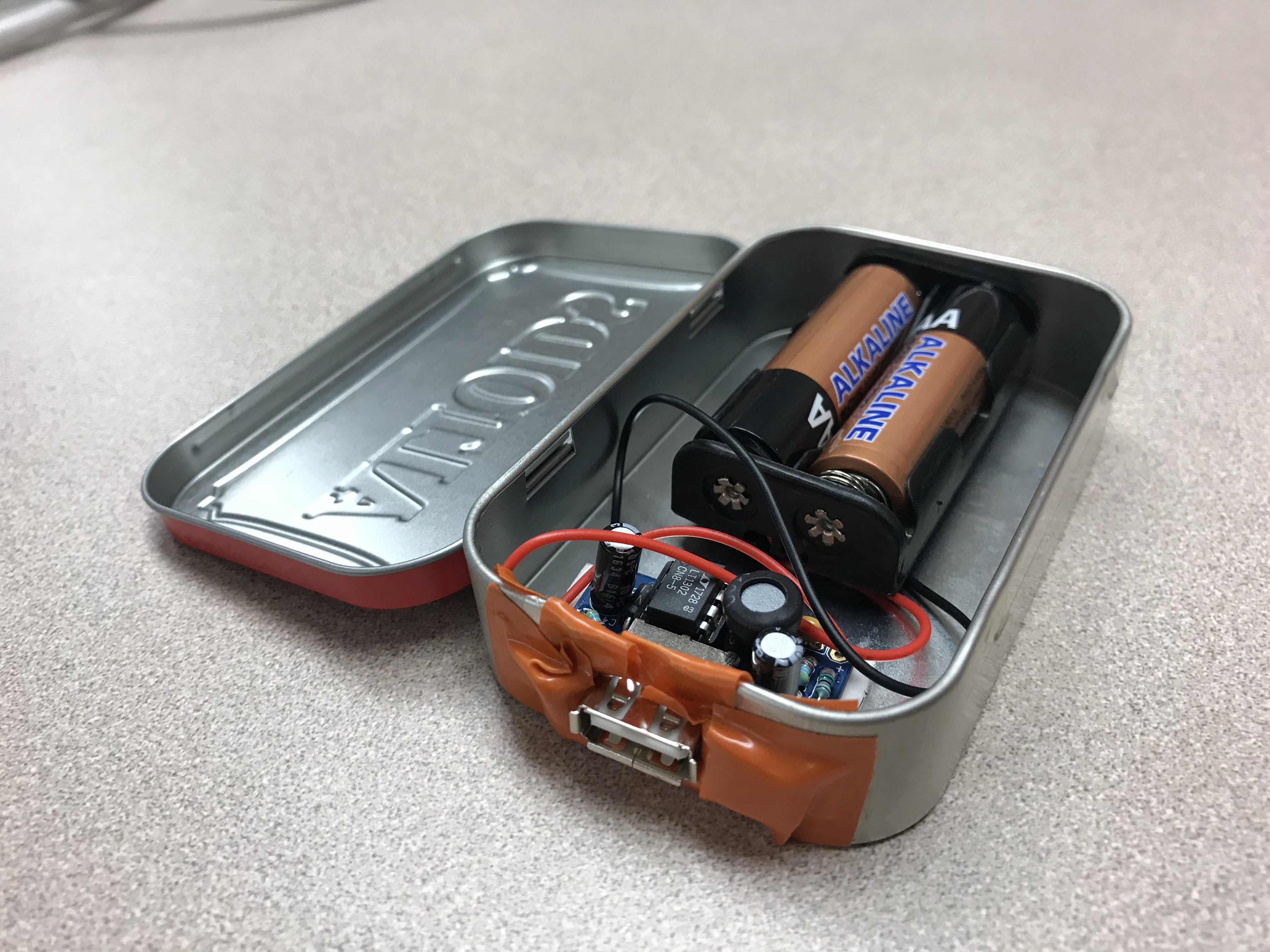 Minty Boost with its case open.

The Minty Boost is essentially a battery-powered USB charger. If you've ever owned a portable charger, it's a lot like that, except you can put in fresh AA batteries to recharge it whenever you need to.

Two AA batteries can give out three volts, the typical iPhone needs about five volts in order to be charged. Minty Boost gives a "boost" to the voltage given by the batteries using a boost converter. Other components -- such as capacitors, a power inductor, and resistors -- help to do other useful things like smooth input and output voltages, add momentum to current, and control and stabilize current.

The "boost" part of the Minty Boost comes from how it "boosts" three volts to five volts. But where's the "minty"? I finished a little earlier than expected, so I found an empty Altoids tin and turned it into a case for my project. It was surprisingly difficult. I had to use padding to make sure that the circuit didn't touch the tin and ruin itself, and I had to cut a hole into the side of the tin. It sounds easy, but it's not. If you've ever tried to cut a hole into the center of a paper, you'd have a good understanding of what I was trying to do. I later had an "aha!" moment and cut flaps above the hole that could be closed as needed, but those were also very hard to create.

The tin was tough to cut through with the tools that I was using, but it was easy to completely destroy the hole if I wasn't careful. I ended up making the hole too big. I found some scrap plastic wrap from someone else's project, so I cut it and covered it in electrical tape to make circuit-friendly padding.

It's Actually Not "Kriselle"