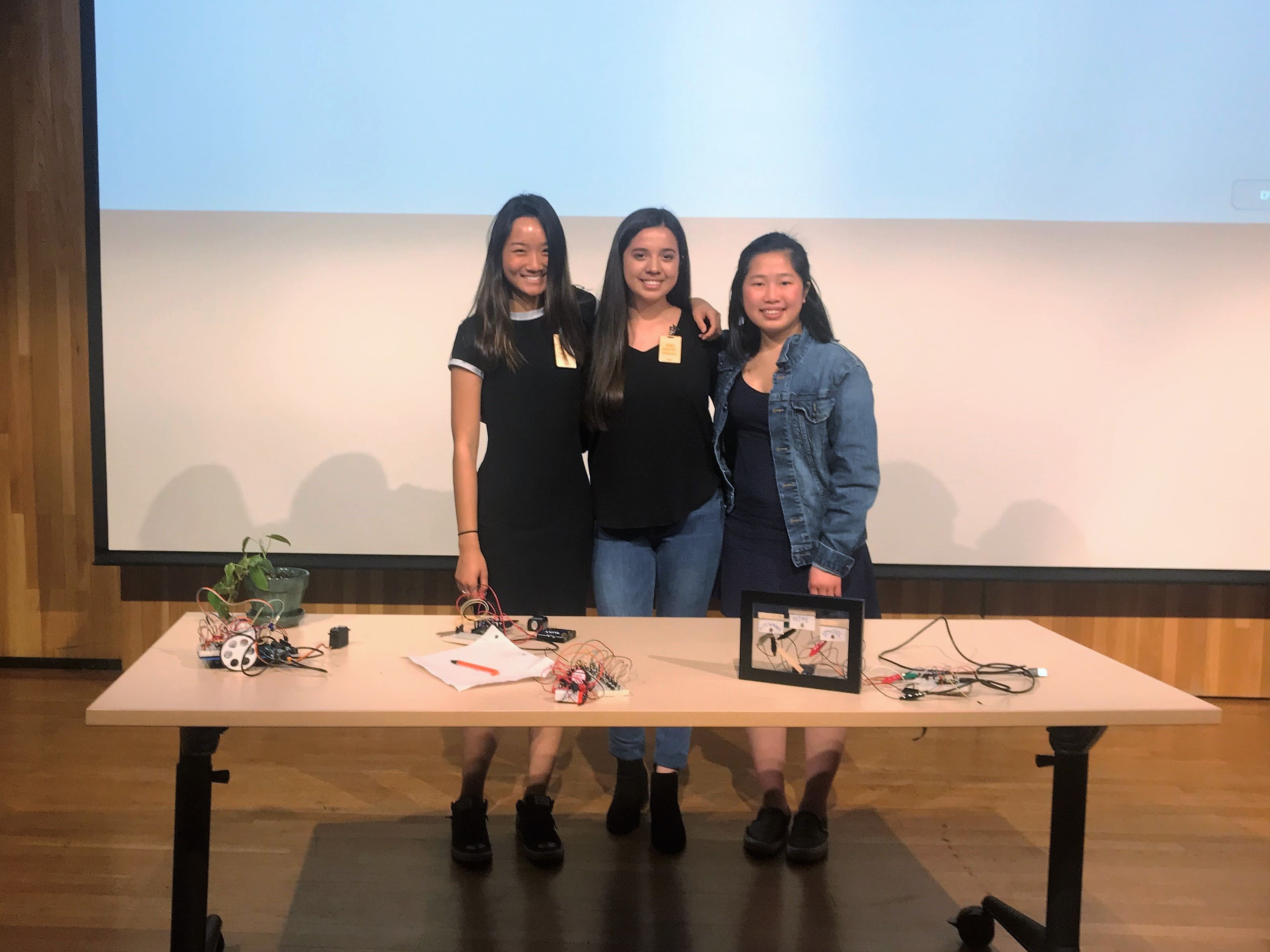 The team who built The Cloud on our graduation stage. Not Pictured: Samantha McDonough.


The Sound Reactive Lightning Cloud -- or simply "The Cloud", for short -- was our final build for the Society of Women Engineers' High School Outreach Program (SWEHSOP) at UC Berkeley. Throughout the program, we learned about the different fields of engineering and had mini projects to help us decide if it was something that we were interested in. When representatives from UC Berkeley's CalSTAR team came to talk to us about aerospace engineering, we built engine structures and launched them with a water bottle rocket and some sandbags. A video of this test can be found here! Mine survived and managed to stay in perfect condition, if you were wondering. When a graduate student studying mechanical engineering gave us a lecture on wind turbines, we had a competition to see whose wind turbine could produce the highest voltage using the least amount of money. My partner and I won. Just saying. 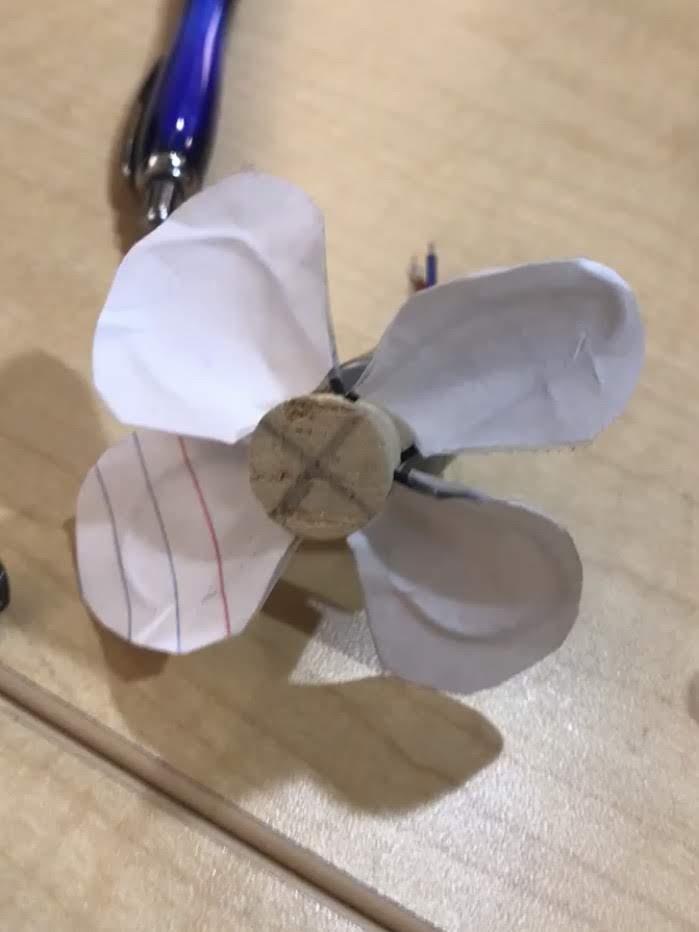 Award-winning wind turbine. Modeled after an electric fan that was behind me.

The title "Sound Reactive Lightning Cloud" makes it sound intimidating, but The Cloud is really just a glorified lamp. A microphone receives sound, sends a signal to an Arduino board, which then uses code to light up an LED strip. The LED strip is placed inside a set of fluff-covered paper lanterns, giving it the illusion of being illuminated.

Most of the work done for this project went into writing the code. We had to find a way to take in input from a microphone and light up an LED strip in different patterns and colors. It's a lot harder than it sounds, especially for a handful of inexperienced teenagers. Luckily, we had lessons on C++, two mentors to guide us, and three of the four team members were alumni from Girls Who Code. We had to take extra time learn about color codes, arrays, and cases, but it ended up working! The code we created can be found here.

The only wiring we really had to do was hook up a microphone to an Arduino board, and the Arduino board to an LED strip. It took a few resistors and capacitors, which were very foreign concepts to me at the time.

We made sure to pick the prettiest, most aesthetically-pleasing colors possible. Blue lighting, purple thunder, and pink cracks are super satisfying to watch, especially with the sounds of a storm in the background. The best part of this project was definitely assembling the cloud. All we needed was three paper lanterns, pillow fluff, and a can of spray-on craft glue to make the softest lamp I'd ever seen. We felt really bad for accidentally covering the floor of UCB's Cory Hall in glue and fluff, but it was for a good cause. I learned that craft glue is unexpectedly strong. I washed my hands five times before all of it finally rinsed off.